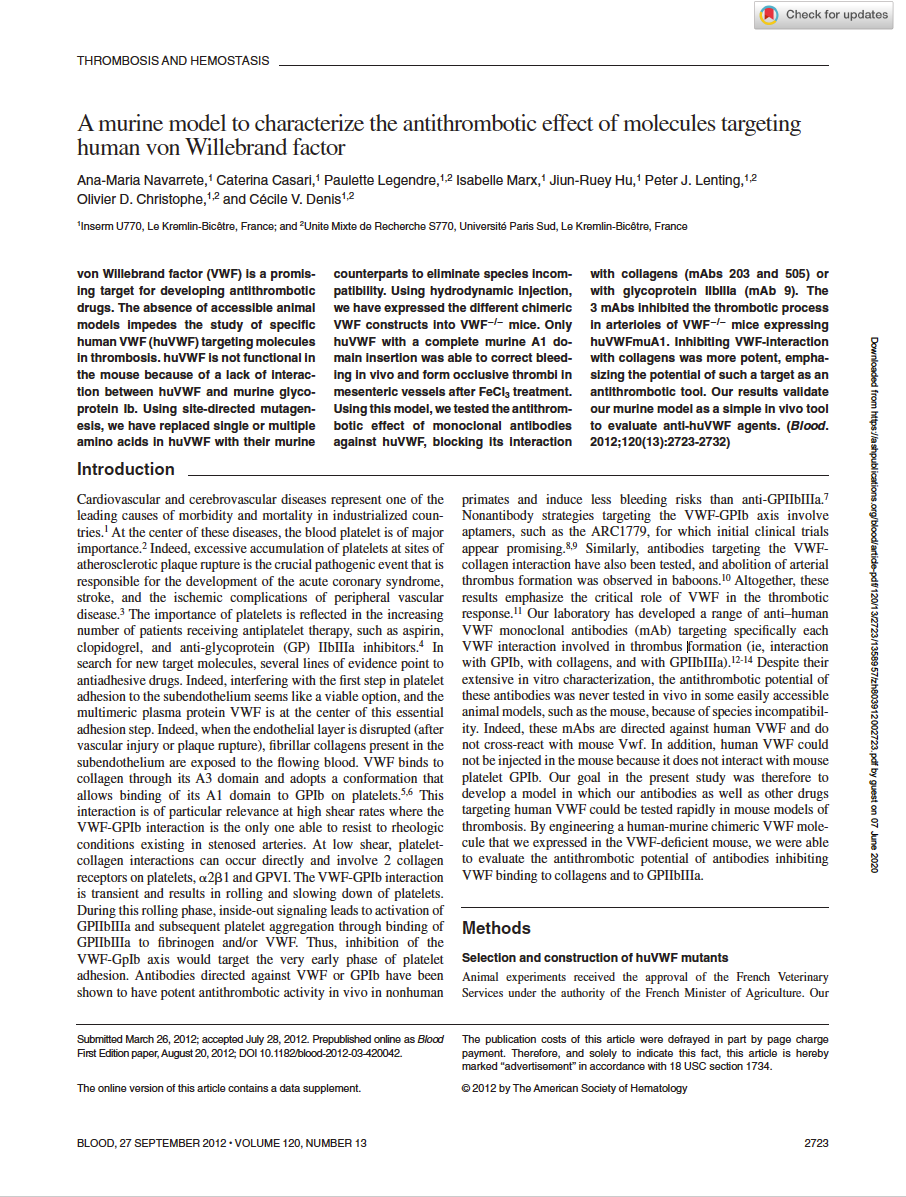 von Willebrand factor (VWF) is a promising target for developing antithrombotic drugs. The absence of accessible animal models impedes the study of specific human VWF (huVWF) targeting molecules in thrombosis. huVWF is not functional in the mouse because of a lack of interaction between huVWF and murine glycoprotein Ib. Using site-directed mutagenesis, we have replaced single or multiple amino acids in huVWF with their murine counterparts to eliminate species incompatibility. Using hydrodynamic injection, we have expressed the different chimeric VWF constructs into VWF−/− mice. Only huVWF with a complete murine A1 domain insertion was able to correct bleeding in vivo and form occlusive thrombi in mesenteric vessels after FeCl3 treatment. Using this model, we tested the antithrombotic effect of monoclonal antibodies against huVWF, blocking its interaction with collagens (mAbs 203 and 505) or with glycoprotein IIbIIIa (mAb 9). The 3 mAbs inhibited the thrombotic process in arterioles of VWF−/− mice expressing huVWFmuA1. Inhibiting VWF-interaction with collagens was more potent, emphasizing the potential of such a target as an antithrombotic tool. Our results validate our murine model as a simple in vivo tool to evaluate anti-huVWF agents.